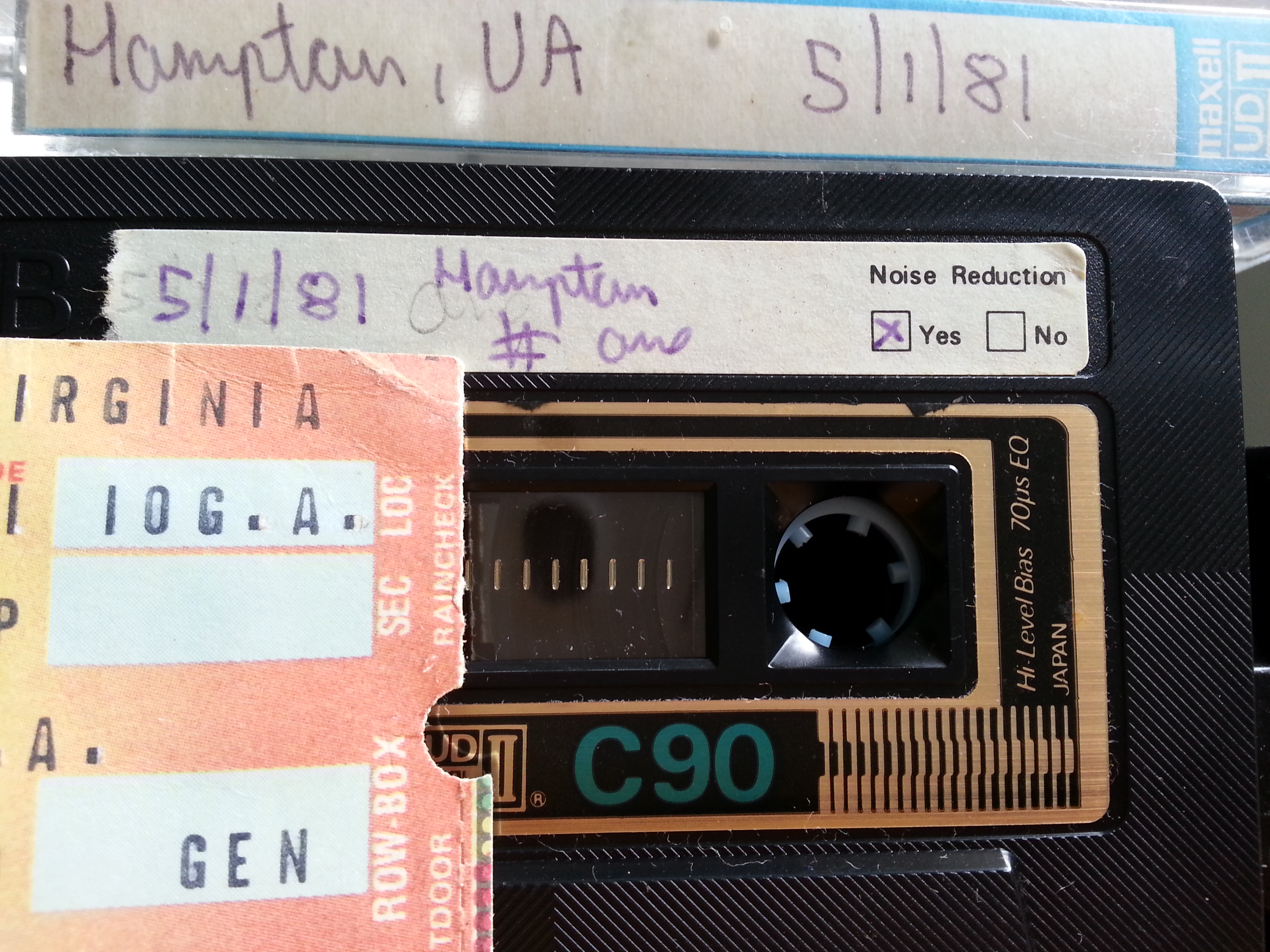 - Thanks to Charlie Miller for coordinating this effort

- Thanks to Joe B. Jones for his assistance with the pitch correction

- Noodle into Wheel included in "The Wheel"

- "Thanks, it's always nice to be back in Dixie"

Reviewer: Donnie L. - favoritefavoritefavoritefavoritefavorite - August 22, 2018
Subject: One of the best AUDs 1980s
Wow! I can't imagine what Jim Wise thought when he heard the playback of this tape on a good system? I've always believed the best audience tapes are location based; i.e. the sweet spot with good "sound pressure level aka SPL"but it would be interesting to know where he was to capture such a sound at Hampton Coliseum. Not only does this recording rival soundboards with minimal crowd cheer; but it has a dynamic quality not achieved through a soundboard or mixer. Dan Healy who did front of house mixing for the GD for many years should get credit on this one

The performance is good too with a solid set from the 1980 era of which many set lists were common and familiar; I'm guessing because the GD were recording for a live acoustic and electric vinyl album release on the newly signed ARISTA label. It's a standard 1980 type of show but captured very , very well by Jim Wise. He used Sennheiser 421's into a Sony D5 which was a excellent choice because the 421s were a dynamic microphone which does not have to have phantom power. It's also the mic Garcia uses to mic his guitar speakers. There are probably 50 live recordings from the "amateur taper section" , many of which are found here on archive.net, that are broadcast quality ; and this recording certainly meets that criteria ... great listen.